Changing the thinking on fat inclusion in dairy cow diets

Источник: agriland.ie
A notable transformation is taking place in the way fats – more specifically fatty acids – are included and utilised in the diets of dairy cows.

Adam Lock, an associate professor specialising in fat and fatty acid nutrition in the Department of Animal Science, Michigan State University, USA, outlined the “sea change” at the recent Transitioning from Fats to Fatty Acids seminar at the Volac Wilmar conference in Co. Cork recently.

“Typically a bag of fat was thought as a bag of fat and it was to just bring in calories – extra energy – to the cow.

“But what we are starting to understand is the effects of individual fatty acids can be quite different in the dairy cow on the yield of milk and milk components; energy partitioning; body condition and reproduction; and health.

The fatty acid profile in a fat supplement is going to be the first factor in determining the response to it.

“The next time that someone is looking to sell you a new fat supplement, the number one question is what type of fatty acids are in it because that’s going to determine what type of response you will expect to see from it,” he told delegates at the Volac Wilmar organised conference.

Lock’s research programmes focus on both dairy production and human nutrition and health. The central theme is fatty acid digestion and metabolism in the dairy cow and the impact of bioactive acids on animal production.

Over recent years, he has lead research looking at the impact of including numerous fatty acids in the diet of dairy cows – most notably palmitic acid (C16:O), stearic acid (C18:O) and oleic acid (C18:1).

“All three of these are important for dairy cow metabolism and what we are trying to understand is if there is an ideal ratio among these fatty acids that may help us optimise their utilisation in dairy cow rations and what interactions they may have with other animal and dietary factors,” he said.

“But when we take out half of the palmitic acid and add in stearic acid, we actually see a decline in NDF digestibility.”

On the other hand, when oleic acid was added into the diet (the palmitic acid / oleic acid treatment) an improvement in fatty acid digestibility was observed.

Referring to the results observed when oleic acid was added to the diet, Lock said: “This was a little bit surprising. We were feeding 1.5% more fatty acid in the diet compared to the control, but we actually improved the fatty acid digestibility.”

Commenting further, he said: “All three of the treatments gave a nice increase in milk yield over the control – about 2.5kg.

“But then when you look at the effects on milk fat percent, you can see that it’s only the high palmitic acid treatment that’s improving milk fat percent; the other two fat treatments did not improve fat percent at all.” 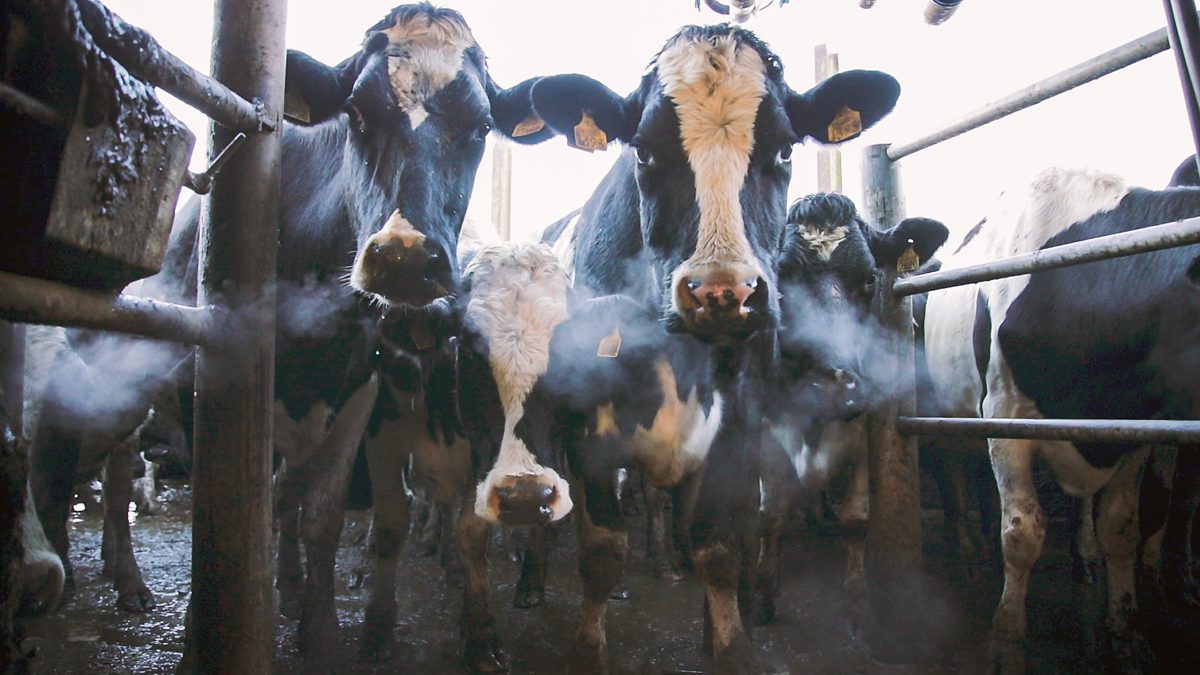 “We’ve been following up on the effect of this palmitic acid / oleic acid treatment. We have a number of lines of evidence that led us to conclude that we don’t really want stearic acid in a fat supplement.

“But we are very interested in the palmitic acid / oleic acid blend – the effects of what each of these fatty acids have and what the impact may be if we have different blends and ratios of these.”

Further studies have been undertaken using blends of palmitic acid and oleic acid – including a 80:10 ratio and a 60:30 ratio.

“In the low-producing cows, it was actually the higher palmitic acid treatment (80:20) that gave us the best energy corrected milk response, mostly through increased milk fat yield.

“However, in the high group of cows (started at 50kg/day of milk), we saw a clear relationship as you increased the oleic acid content of the fat supplement; it gave us an increase in energy corrected milk.”

This, he said, indicated that cows at different levels of milk production respond differently to these different blends.

The results of the above study focused the research efforts to looking at the impacts of using supplements with various ratios of palmitic and oleic acid. The initial findings of this research were presented at dairy science meetings this summer.

Lock explained that the responses to the 80:10 ratio were similar to previous studies undertaken; but as the oleic acid content was increased, “fascinating” results were obtained.

“By week two, those higher oleic acid treatments (70:20 and 60:30) are producing 4.5kg more energy corrected milk than the control group. And when we look at body weight, particularly for the 60:30, as we provide more oleic acid into that diet, those cows are not losing any more body weight than the control cows.”

When questioned on the possible response from oleic acid supplementation in pasture-based, lower-producing cows – typical of the Irish system, he said:

“The cows in our study were pretty high production. What I would expect is the partitioning differences we see would hold true in terms of the differences between palmitic and oleic acid.”

In the fresh cow, he added: “I would suspect that you would see some similar results. If you can get the same amount of milk while minimising body loss, I think that’s an attractive proposition and opportunity. It would be good to see that type of study under your situations.”

Lock’s presentation coincided with the launch of MegaMax – a fat supplement from Volac Wilmar – next week. The company already supplies a number of fat supplementation products, but the fatty acid profile in MegaMax is based on the work outlined above.

With this, Volac Wilmar hopes to provide its customers with a product containing a blend of palmitic and oleic acids, which will be targeted at early-lactation cows to minimise the effect of body condition loss.